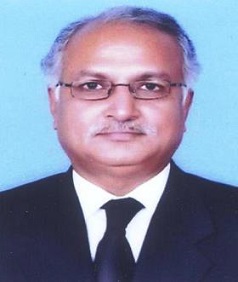 Mr. Bajwa entered the legal profession in 1989. He was enrolled as an Advocate in 1990, as Advocate High Court in 1992 and Advocate Supreme Court of Pakistan in 2003. During his career as a lawyer Mr. Bajwa specialized in Industrial Relations and Labour Laws and in this regard had a number of corporate clients including Allied Bank Limited, Habib Bank Limited, Muslim Commercial Bank Limited, Bank Alfalah, City Bank, Johnson & Johnson, National Refinery, Pak Arab Refinery, Philips Pakistan Limited and many others. He was elected President of Industrial Relations Advisors Association since 2002 and was re-elected as such till his elevation. Mr. Bajwa was elevated as an Additional Judge of Sindh High Court on 25.9.2009 and was appointed Judge of Sindh High Court in September 2011. Mr. Bajwa retired on October 04, 2012 from Sindh High Court.